Sat 30th April 2022
Kick off: 3:00pm
Tottenham Hotspur Stadium 748 High road, London, N17 0BX
Premier League
Popular game, price rise expected
Tip: Buy now and avoid paying a higher price
How many tickets would you like?
These will be adjoining tickets
1
2
3
4
5+
We guarantee up to 4 seats together.
For example if you order 6, you will receive a 4 and a 2 together.
Seated together
Apply
Group or company?
Tickets for Tottenham Hotspur vs Leicester City

Tickets for Tottenham Hotspur v Leicester City are available on group purchase through our corporate sales department. Please fill in the form below and a member of our VIP Sales Team will contact you with a quote!

Tottenham Hotspur VIP tickets and hospitality tickets will also be available for this fixture and you can be at one of England’s most historic stadiums watching two of England’s best teams. Spurs continue to challege at the top and rival the original 'top four' big boys in English football. Meanwhile, The Foxes are not to be underestimated and they have become one of the nation's favourite clubs following their title heroics a few seasons ago. Get your Tottenham v Leicester tickets today!

Spurs will be looking to build on last season and remain in the top four so book your Tottenham tickets today. Premier League tickets from Football Ticket Pad will provide fans with the ultimate matchday experience and Tottenham Hotspur vs Leicester City tickets can be yours in what will be a sell out crowd. Take a look at some of our fantastic prices below!

Supporters must provide: Proof of full Covid-19 vaccination (with both doses received at least 14 days prior to the match)

Proof of negative Lateral Flow Test (LFT - from age 11 and over) carried out within 48 hours of the fixture kicking off.
Stadium Map 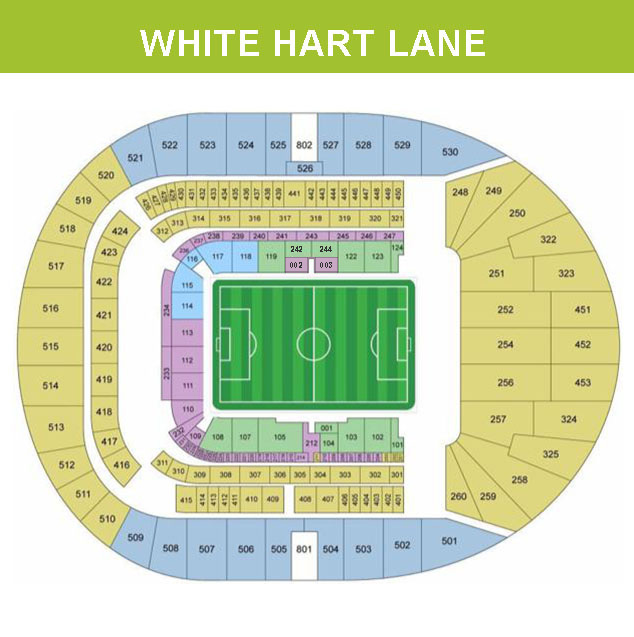