The Qatar World Cup 2022 is one of the most exciting upcoming events in world football. The World Cup is a time when everyone gathers in celebration to support their national football teams, making for a truly unforgettable football experience for die-hard fans, neutrals or those simply looking to have a good time with friends and family. Secure your Qatar World Cup tickets and support South Korea in this exciting competition by securing your South Korea World Cup 2022 tickets with Football Ticket Pad today.

From across the world, various nations will come together for football festivities as the most talented players from each national side face off on one of the biggest stages in all of the sports. South Korea have one of the best attacking midfielders in world football with Son Heung Min. Despite not having a large trophy cabinet, Son certainly knows what is needed in order to win the biggest and most prestigious trophies in world football and what is bigger than the World Cup.

The World Cup qualifiers have been exciting fixtures for South Korea in their world cup group stage games. Having dominated teams like Iceland and Moldova 5-1 and 4-0 respectively. They have also fallen under surprise losses, most notably their last game as of writing being a 1-0 defeat to the United Arab Emirates.

This Qatar 2022 World Cup will be South Korea’s 11th time in this luxurious international tournament and they are sure to strive to get as far as possible. The furthest they have managed to make it in a World Cup tournament is during the 2002 World Cup in which they achieved a fourth-place finish. Just slightly falling short in the Semi-Finals to a 1-0 defeat to Germany.

Paulo Bento is currently the manager of the South Korean national football team. He has achieved some success with the club also, having won the EAFF E-1 Football Championship trophy in 2019. Of which, South Korea won all three of their games without conceding a single goal. This type of form is something that Bento will surely want to maintain going forward in this years’ tournament.

It is no secret that Son Heoung Min will be the player to watch throughout the World Cup tournament. As the captain of his team, he will be leading by example in hopes that the side can progress as far as possible in this years’ tournament.

At Football Ticket Pad, you are guaranteed a safe, simple and secure ticket purchasing service. All sorts of options are available to suit your needs, so do not hesitate to browse our latest offers for Qatar 2022 World Cup tickets. 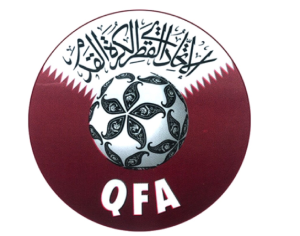 South Korea’s road to the Qatar 2022 World Cup has been a fairly smooth journey. With dominating victories over the likes of Turkmenistan, Sri Lanka, Iceland and Moldova. Resulting in the 11th time South Korea will take part in a World Cup tournament.

South Korea will be housed in Group H, with the likes of Portugal, Ghana and Uruguay also being placed there. This will be a fairly difficult group for South Korea to get out of, should they be able to, however, they will want to progress as far as possible.

Time will tell how far South Korea will go in this years’ World Cup, however, one thing is certain - they will be eager to progress as far as possible with Paulo Bento at the helm.

Son Heung Min is a world-class talent who will strive to help his team progress as far as possible in this World Cup tournament. As captain of his country, Son understands what is needed to progress win the major tournaments and the World Cup is certainly a trophy he will want to win.

Kim Min-Jae is a young upcoming defender who has a plethora of experience for his age. Kim Min-Jae has already got 42 caps for his country whilst scoring 3 goals. His most recent move to Fenerbahce in 2021 has seen the defender appear 27 times whilst contributing to a goal. For a young defender, he is definitely exciting.

Currently on loan to Wolverhampton Wanderers, Hwang Hee-chan has lit up the Premier League providing the side with a creative and fast outlet. Following this form, he will surely aim to provide the same level of consistency for South Korea as they aim to get as far as possible in this years’ World Cup tournament.