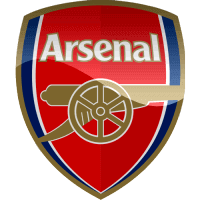 Arsenal are statistically the most successful club in English women's football, holding the records for most titles won in each domestic competition they have played in. The club have won 15 League titles, 14 FA Women's Cup, 5 FA WSL Cups, 10 Women's Premier League Cups, 5 FA Women's Community Shield, and are the only British club to win the UEFA Women's Champions League. In the 2006–07 season, the club became the first in the history of women's football to achieve the continental European sextuple. They are also the only English football club either male or female, to win the Continental Treble while going undefeated in all competitions played that same season.

Arsenal were founded in 1987 following an initiative by Vic Akers, who became the club's first, longest-serving, and most successful manager. He guided Arsenal to continued success until his departure in 2009, winning the most top-flight matches in English football history. The club have sustained this record,[3] and have won the most doubles and trebles in English football history. Arsenal have also completed a record seven unbeaten league seasons, setting a number of English records for longest top-flight unbeaten run, for goals scored, and points won.[4][5]

Arsenal have played their home games at Meadow Park, Borehamwood since their founding.