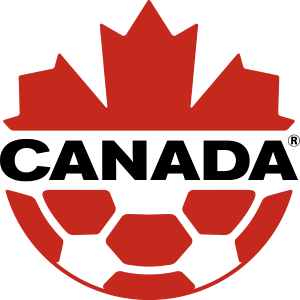 The Qatar World Cup 2022 is one of the most exciting events in world football. Millions of people from all over the world will watch the FIFA World Cup as it is the time that fans, neutrals or those looking to enjoy themselves will be celebrating and supporting their national teams as they attempt to progress through various stages of the most illustrious international tournaments in the world. Secure your FIFA World Cup tickets and support Canada in this exciting competition by securing your Canada World Cup 2022 tickets with Football Ticket Pad today.

From all over the world, various nations will come together for football festivities as the most talented players from each team face off on one of the biggest stages in all of sports - The World Cup. including the 2026 World Cup as Co-Hosts, Canada has made 3 appearances in a World Cup tournament.

In order to qualify for the World Cup, Canada was able to progress to the final round of the World Cup qualifiers, they coasted through by beating all 4 teams in their group. These consisted of Suriname, Bermuda, Aruba and Cayman Islands. Canada was able to demonstrate a truly dominant performance across their 4 games by scoring 27 goals and conceding 1 - resulting in a goal difference of 26.

The Final Round group stage was equally as dominant as Canada finished top of their group. Out of their 14 games they managed to accrue 8 wins, 4 draws and 2 losses which equalled the same outcome as Mexico. The difference being was that Canada’s goal difference was a lot larger than Mexico’s. Canada has a goal difference of 16 compared to Mexico’s 9.

Time will tell how Canada will progress in this competition, but one thing is for certain - they will want to give everything they have for their nation and their fans.

At Football Ticket Pad, we provide a guaranteed, simple and secure marketplace for football tickets. With a plethora of options at your disposal that suits your needs, do not hesitate to browse our latest offers for Canada World Cup 2022 tickets.

Regarding the two group stages that Canada was a part of, they successfully finished top of both of their groups. The first round qualifiers saw the Canadians be undefeated in their 4 games. Gaining a large goal difference defecate of 26.

The final round of the qualifiers saw Canada finish at the top of their group again. Being level on the same amount of points as Mexico, however, Canada was able to finish with a much larger goal difference of 16 (compared to Mexico’s 9).

John Herdman and the Canadian side will be eager to demonstrate their talent during the World Cup in Qatar, time will tell how far they will progress, but one thing is for sure - they will be sure to do their best.

During the 2019/2020 Champions League with Bayern Munich, Alphonso Davies demonstrated his world-class talent to die-hard Munich fans and neutrals alike. Becoming one of the main talking points throughout the tournament - especially against Barcelona. This incredible display saw him featured on the UEFA Team of the Year.

Davies has won a plethora of trophies for Bayern Munich 4 Bundesliga titles which were earned back-to-back, a Champions League in 2019/2020, a UEFA Super Cup 2020 and a FIFA Club World Cup.

Tajon Buchanan is a young, upcoming winger who has an extraordinary amount of pace running down the wing. Obtaining the MLS All-Star & Best XI honour in 2021 - Buchanan will certainly be a player to keep an on during the World Cup competition.

The Leading Goalscorer For Canada

Cyle Larin is currently the all-time leading goalscorer for Canada, having appeared in 50 games and scoring 24 goals - he has also obtained 3 major trophies for his domestic side Besiktas, these being the Super Lig, Turkish Cup and Turkish Super Cup.