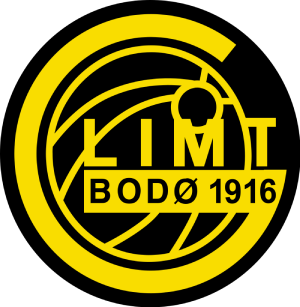 Fotballklubben Bodø/Glimt (Norwegian pronunciation: [ˈbûːdøː ˈɡlɪmt]) is a Norwegian professional football club from the town of Bodø that currently plays in Eliteserien, the Norwegian top division. The club was founded in 1916 and is frequently referred to by its original club name, "Glimt".

Bodø/Glimt are the reigning champions in Norway after winning 2021 Eliteserien. They also have won the now defunct Northern Norwegian Cup nine times, Norwegian Cup twice, the Norwegian top division twice, in 2020 and in 2021, and finished second in 1977, 1993, 2003, and 2019. They were the first team from northern Norway to win a national title by winning the cup in 1975, and also the first team from the region to win the national league.[1]

Glimt is known for the yellow kits and the huge yellow toothbrushes that the supporters carry to the matches — a supporter symbol from the 1970s. After being promoted to the top flight ahead of the 2018 season, the club has experienced the greatest success in its history, winning the league twice in a row, reaching the quarterfinals of the UEFA Europa Conference League and the Play-off round of the Champions League before dropping into the Europa League in the following season.