Now that Fulham has returned to the Premier League, fans will be eager to see how the 2022/23 Premier League season will progress with the investment from Tony Khan. The atmosphere at Craven Cottage will be at an all-time high following their successful campaign to be promoted from the Championship. Buy Fulham tickets for the 2022/23 season with Football Ticket Pad today.

They were also able to score a plentiful amount of goals, with the Lillywhite's scoring 106 goals whilst only conceding 43 goals at their end. Resulting in a respectable goal difference of 63. This will be the level of form that they will hope to receive in order to have a successful campaign back in the Premier League.

Now that Fulham is back in the top flight of English football, they will be eager to stay at the top of their game and build a formidable reputation as one of London’s top teams. Acquiring Fulham tickets at Craven Cottage will provide an intimate venue and unique atmosphere. Given that they are on the banks of the River Thames, this results in a transcendent experience that blends both traditional and modern eras together.

If you are in London and are hoping to catch a live game of football, look no further than the Fulham tickets that we have available. The area adjacent to the Cottage pavilion is known as the Cottage Corner. This is the nearest fans can get to the players’ entrance & the iconic Cottage pavilion which was constructed in 1905.

Time will tell how the 2022/23 season will shape for Fulham. Regardless, one thing for certain - the players will give everything they have for their club and their fans. Book your seats at the amazing Craven Cottage to witness Fulham once again compete in the Premier League as you buy Fulham tickets with Football Ticket Pad today.

We offer a secure and guaranteed platform that ensures your football tickets will arrive long before kickoff. 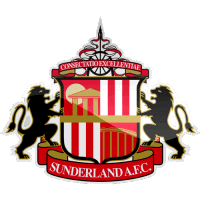