Hear the eruption of the crowd throughout Tottenham Stadium is something that simply needs to be experienced. This is can be made possible as you buy Tottenham tickets with Football Ticket Pad today. Situated in North London, the home games at Tottenham Hotspur Stadium are absolutely electric. Retaining the energy of White Hart Lane whilst encompassing a new, modern style. Book your seats as you buy spurs tickets with Football Ticket Pad today.

Football Ticket Pad is the safest place to ensure your tickets for Tottenham Hotspur matches arrive long before kick-off. Whether you are a die-hard Spurs fan eager to witness the North London Derby, a neutral who wants to see your favourite players or someone eager to have a great time enjoying the football, regardless of the score - we have you covered.

As well as home games at Tottenham Hotspur Stadium, Spurs ticket prices are also available for travelling fan sections at their away games. These are extremely popular when Tottenham face top-six rivals or local derby matches across London - so be quick to book.

Time will tell how well Tottenham will do this year under Antonio Conte, although one thing is for certain - they are sure to try and build on an already incredible effort last season. Book your seats to support Spurs live as you buy Tottenham Hotspur tickets for the 2022/23 season with Football Ticket Pad today.

White Hart Lane was one of the more traditional Premier League football stadiums with an overall capacity of over 36,000 fans. The Lane was home to Tottenham Hotspur since 1899 - but was demolished in 2017 to make room for the new billion-pound stadium, Tottenham Hotspur Stadium.

The new stadium was designed to improve the experience of football fans - so every supporter feels included in the game. The South stand is the UK’s largest single-tiered stand - so each chant will travel around the well-designed grounds.

The seats are far more comfortable than the White Hart Lane Stadium and provide more space optimising the experience of all football fans. A new feature of the Tottenham Hotspur Stadium is the Spurs shop - at 23,000 square feet, it’s the largest store owned by any European club. 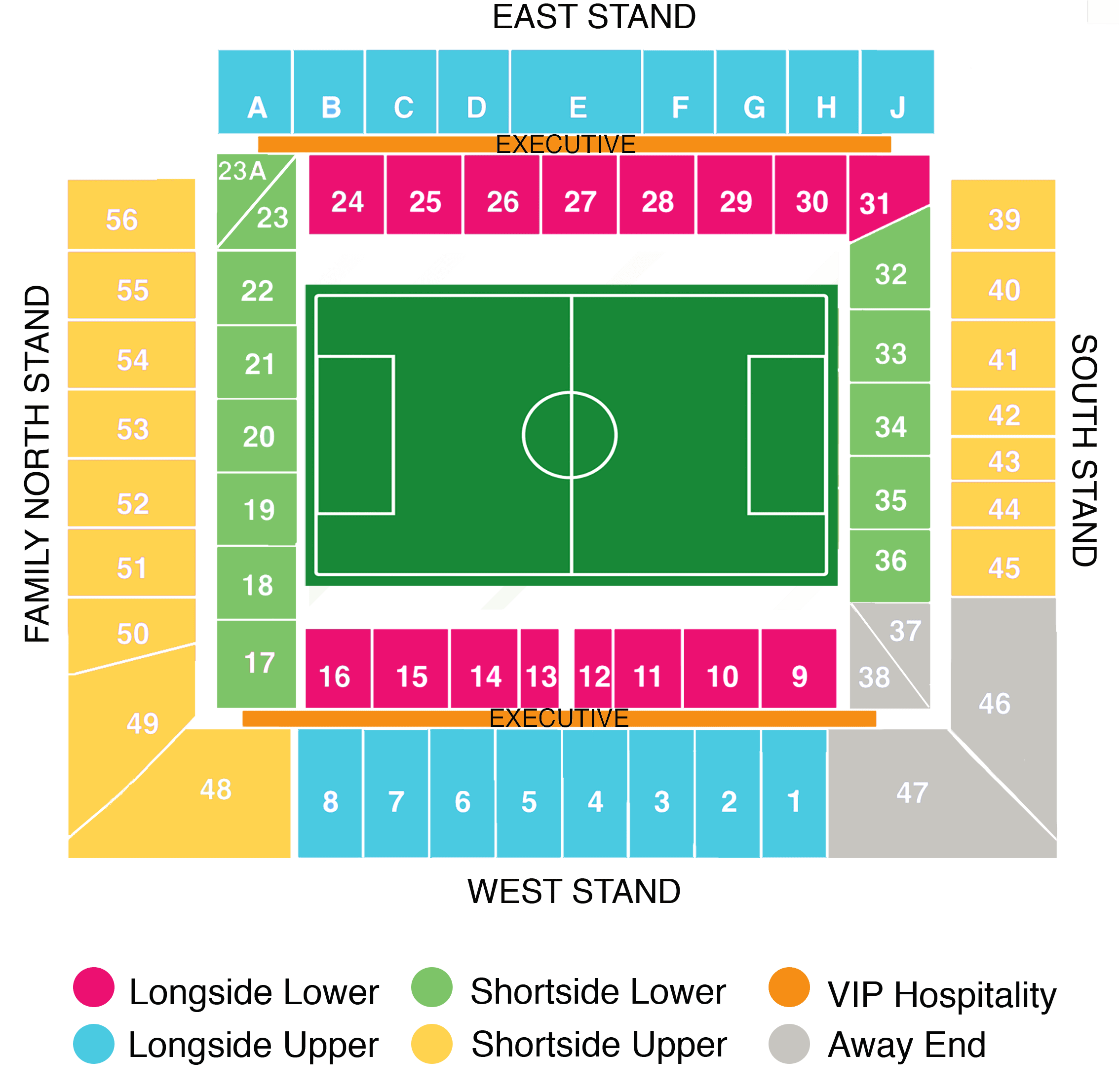 Season / Members cards: These Tottenham Hotspur tickets are reserved seats which are available at White Hart Lane for every match of the season. Football Ticket Pad customers will then receive their Spurs tickets prior to the match, before returning their season/members card back in a pre-paid envelope after the final whistle.

Tottenham Season / Members cards are available in various parts of the stadium, particularly in the North Stand which is known as the ‘Members Stand.’ Customers can view the available ticket types when browsing their intended Spurs fixture page. Once customers get their ticket they then scan their season/members card at the turnstile to gain entry to the stadium.

Tottenham Hotspur Members/ Season Ticket cards are available in various parts of the stadium, particularly in the North Stand which is known as the ‘Members Stand.’ Customers can view the available ticket types when browsing their intended Spurs fixture page. Once customers get their ticket they then scan their season/members card at the turnstile to gain entry to the stadium.

E-tickets: THFC tickets also carry an e-ticket option but this mostly applicable for Football Ticket Pad customers purchasing Tottenham hospitality tickets, rather than general sales. However, on some occasions, we will have availability in numerous general stands in the form of e-tickets also. E-tickets are sent out as an email once payment confirmation is confirmed and customers can then scan the email barcode on entry to the stadium. There are plenty of hospitality options at The Lane, with the most popular suites being the Bill Nicholson Suite and Oak Room in the West Stand or a Private Box in the East Stand.

Paper tickets: This is the more traditional way to receive your official Tottenham tickets. Once your payment has been confirmed on Football Ticket Pad your tickets are then sent out by post to the address provided in your payment details. Customers then receive their THFC tickets 3-4 days prior to the match and they will be notified by email once their tickets have been dispatched. Spurs ticket holders can then enter White Hart Lane with their paper ticket at the displayed turnstile.