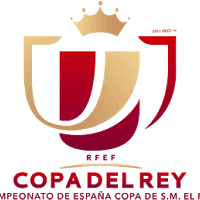 The Copa Del Rey is the Spanish national cup and proves highly popular domestically and for fans worldwide. The tournament is one of the most well-known cup football competitions bearing the name of a Spanish monarch.

Although Barcelona hold the most titles and are frequently victorious in this competition, we often see the smaller teams come into their own. Expect the unexpected as minnows have often been seen to defeat the likes of Real Madrid and Barcelona and get their hands on the trophy. Teams you wouldn't normally see in the title race in La Liga can go all the way in the Copa Del Rey and this competition holds a place in the heart of every Spanish football fan.

Authentic tickets can be provided for both the final and every round building up to the big event. Football Ticket Pad is a secure online market place where you can confidently purchase tickets backed by a 100% ticket guarantee. Order Copa Del Rey tickets and take your pick of the best seats. Copa Del Rey final tickets are available so pruchase your tickets now and witness the trophy set aloft above the winning captains head.