The incredible rise of Leicester City and their unlikely title push

"Leicester City have been a refreshing change to the Premier League this season. They have currently amassed 63 points and sit top of the league, 5 points clear of Tottenham. It’s a stark contrast to last season when Leicester where rock bottom at Christmas. What a difference a year makes."
Published by
16th Mar 2016
Categories:

Leicester City have been a refreshing change to the Premier League this season. They have currently amassed 63 points and sit top of the league, 5 points clear of Tottenham. It’s a stark contrast to last season when Leicester where rock bottom at Christmas. What a difference a year makes.

The Premier League is normally a familiar tail of the so called top 4 consisting of Chelsea, Manchester City, Arsenal and Manchester United dominating the race for the title. That is why Leicester’s incredible rise from bottom to top has made it one of the most exciting seasons the Premier League has seen. 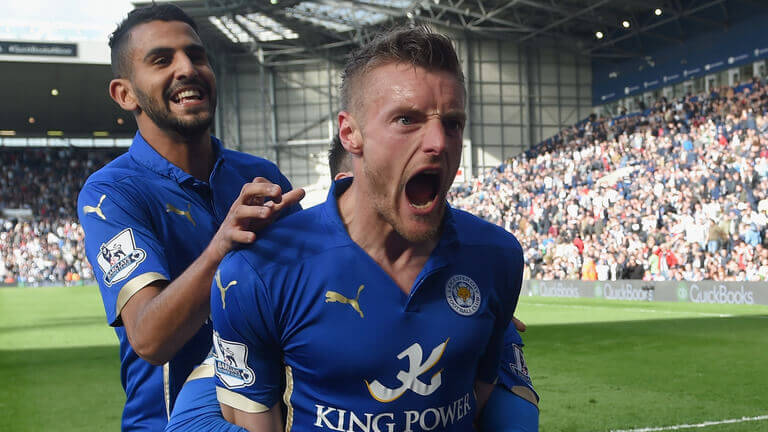 Their amazing success is due to the excellent team togetherness Claudio Ranieri has built but special praise must go to Jamie Vardy and Riyad Mahrez. Between them they have scored a total of 34 league goals and set the league alight this season.

In November, Jamie Vardy broke records when he completed an 11 game record goal-scoring run against Manchester United. And Riyad Mahrez has also been a consistent attacking presence for The Foxes with 15 goals, and 11 assists. Clearly Leicester would not be in the position they are without their influential strikers.

Leicester’s current position will surely give them Champions League football at the King Power stadium next season. That in itself will be a massive achievement considering they were battling relegation this time last season. However you sense Leicester will now see anything other than becoming Champions as a disappointment.

Leicester’s manager Claudio Ranieri has repeatedly played down his side’s potential when asked if they can become Champions. Infact, Leicester are now even the bookmakers favourite to win the league. Ranieri is clearly playing a clever game of deflecting the attention away and thus keeping the pressure off his players. Secretly though, Leicester will only have dreams of lifting the Premier League trophy in May and is an opportunity not to be missed.

Tottenham are probably Leicester’s biggest threat for the title. Mauricio Pochettino’s men have also been deadly in front of goal this season whilst proving they can be consistent in the league. However with Leicester’s current run of form and a 5 point lead, you sense they may have lost their chance to go top after a late Alexis Sánchez equaliser for Arsenal in their last game.

Arsenal and Manchester City will still be determined to fight until the very end for their chance. However after recent results and only eight games remaining, it is looking increasingly likely that it is becoming a two horse race. Whatever happens come May one thing is for sure, Leicester have been a delight to watch this season and deserve all the credit they get. Not only is the neutral football fan rooting for Leicester to win the league but also a proportion of the chasing pack fanbase.

This says it all and is a fantastic endorsement of the football Leicester have played. Because of that, surely no other team can claim a right to be crowned Champions this season.

You can buy tickets to watch Leicester home and away for this season's remaining fixtures from Football Ticket Pad.