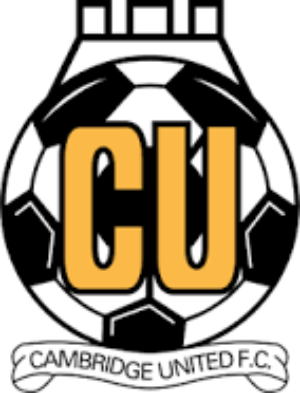 Cambridge United Football Club is a professional association football club based in the city of Cambridge, England. They compete in EFL League One, the third tier of the English football league system. The club is based at the Abbey Stadium on Newmarket Road, approximately 2 miles (3 km) east of Cambridge city centre. The stadium has a capacity of 8,127, made up of terracing and seated areas.

The club was founded in 1912 as Abbey United, and took the name Cambridge United in 1951. They played in local amateur leagues before joining the Southern League after finishing as runners-up of the Eastern Counties League in 1957–58. Under Bill Leivers's stewardship they were crowned Southern League Premier Division champions in 1968–69 and 1969–70, which helped to secure their election into the Football League in 1970. They won promotion out of the Fourth Division in 1972–73, but suffered immediate relegation. They won the Fourth Division title in 1976–77, and then secured promotion out of the Third Division the following season. They remained in the Second Division for six seasons, before they suffered consecutive relegations.

Manager John Beck led United to promotion out of the Fourth Division via play-offs in 1990 and then the Third Division title in 1990–91, with the club reaching the Second Division play-offs the following season. Two relegations in three years left Cambridge United back in the fourth tier, before promotion was secured at the end of the 1998–99 campaign. They entered the Conference in 2005, after two relegations in four seasons, where they remained for nine seasons. They finished as Conference runners-up three times, being beaten in the play-off finals in 2008 and 2009, before eventually securing promotion after winning the 2014 play-off final. After spending seven seasons in League Two, Cambridge United were promoted to League One as runners-up under Mark Bonner.

Although the club has traditionally worn amber and black at home, it has experimented with a number of designs of shirts including plain amber with black trim, amber and black squares, stripes and, amber with a black sash.[1] The club had close links with Cambridge Regional College, a team that operated as a de facto reserve team between 2006 and 2014.[2] The Cambridge United Community Trust perform a lot of charity work in the local community.