Europa League tickets are back for another season at Football Ticket Pad, supplying some of the most in demand european football tickets taking place across the continent. The Europa League is fast emerging from the shadow of the UEFA Champions League, providing its own fair share of world-class moments at the pinnacle of club football.

A mammoth 48 teams begin the competiton in the group stages, spanning across 12 groups of four teams - but there can only be one winner! Atletico Madrid have lifted the trophy three times in the past ten seasons, with Spanish rivals Sevilla memorably winning the Europa League three times in a row between 2014 and 2016.

The tournament features of plethora of titanic clubs from across Europe. Teams such as AC Milan, Sevilla, Marseille and many more will also be hoping to come out on top in the tournament! Football Ticket Pad are proud to announce that we have a selection of football tickets for Europa League games taking place outside of the UK and have sold a wealth of tickets for clubs in Spain, Italy, Germany and France.

Chelsea tickets and Arsenal tickets will be available for all Europa League matches both at Stamford Bridge, Emirates Stadium and afar. Fans will be able to secure great deals in the competiton this season, especially in the group phase for games in London. Meanwhile, Celtic and Rangers will be competing once more if fans are looking to book at trip to Scotland to watch two of football's great supported sides.

This season, Baku Olympic Stadium in Azerbaijan will host the final of the Europa League. The 70,000 capacity stadium is located in the capital city of Baku, the lowest lying capital city in the world - 28 meters below sea level. A modern stadium surrounded by a city rich in culture and founded on oil will force tickets to be hard to come by for the public. Fear not, Football Ticket Pad will be selling tickets to this spectacular annual event and you’ll be able to pay online using our secure payment system.

The Europa League is a fantastic tournament guaranteed to include its fair share of drama, entertainment, world class finishes and a very special final. Football Ticket Pad want to make sure you enjoy the tournament as you’re supposed to by providing you with tickets to Europa League fixtures you wish to attend, all backed by a 100% ticket guarantee, alongside fantastic customer service! 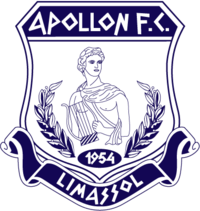